What Is Hot Octopuss Pulse? 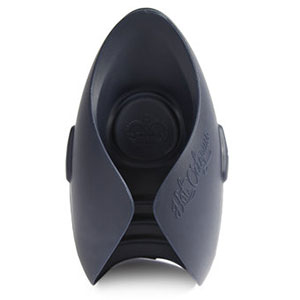 As time went by, ups and downs ensued. Patents were filed for, names changed, experts contacted. “Industry experts” pushed them to make it a couples toy (and it started soooooo pure!) led them to change things more.

What Is Hot Octopuss Pulse Made Of? How Can I Care For It?

Stuff and things people, stuff and things. All the surfaces you need to worry about touching body parts are made of either silicone or hard plastic, so it’s body safe and pretty damn easy to care for. It is usb rechargeable (you can use your wall wart usb plug, your computer… anywhere you can plug in a usb cord), and pretty powerful.

As far as cleaning: The little guide book says “wipe with a damp cloth”, but I choose to wipe mine down with a baby wipe to clear all “matter” from the surface (I’ve got some serious lint issues), and then go over it with a generous splash of toy cleaner (any brand should work, just be careful not to overdo it!) and then wiping it dry.

The Hot Octopuss Pulse isn’t waterproof, so please be careful with toy cleaners!

How Does The Hot Octopuss Pulse Work?

The Hot Octopuss Pulse is turned on and off with buttons on the sides; the plus sign is on the right side of the guybrator (when placed on the cock) and is used to turn the toy on and then the power levels up.

The minus sign is on the left, and used to turn the power down/turn the Hot Octopuss Pulse off (you have to hold the button down for a second to turn it off from any speed except for the lowest).

My Experience With The Hot Octopuss Pulse

Honestly, I was a little shocked when mine arrived. For some reason, I was expecting something a bit smaller, but it is actually quite big.

I hooked it up to the charger, and let it sit (supposed to be 4 hours for the first charge, mine only took 3) until the little charge light shut off.

The no hands approach wasn’t working for me though, so I started a process of subtle adjustment. I didn’t want to use it to “jack off” like every other toy, so I tried holding it different ways: the pulse plate higher on my frenulum, lower, firmer against my shaft… and when I was about to give up I hit gold.

This was a onetime event (I think it was the fact that it was an entirely different kind of stimulation that I am used to) but I proceeded to try it as a masturbator the next day.

I haven’t had a chance to try it with a woman, but I suspect it would be okay for foreplay (We-Vibe Tango or Hitachi it is not). I don’t think there is a dedicated vibe inside for the “woman’s” area of the toy; it seems like it’s only the transmission of vibes from the pulse plate to the exterior that makes it feel like anything at all.

Overall, I think it fucking rocks. The guybrator terminology is problematic in that it’s inherently gendered, but it’s so awesome to see more innovation in the realm of men’s sex toys (They’re trying to market as a couples toy… I get the logic, but the Pulse is a penis stimulator plain and simple.) The USB charger is great… I wish all the companies would start doing this!